The Hug of the Century

An African lion has been filmed ’embracing’ the woman who nursed him back to health in an animal shelter in Colombia. Ana Julia Torres runs the Villa Lorena shelter for abandoned and maltreated animals. While Ms. Torres receives help from Cali’s environmental police, who deliver rescued animals to her doorstep, she shuns government financing and other involvement with the authorities. She relies, instead, on private donations and food given to the sanctuary by grocery stores. 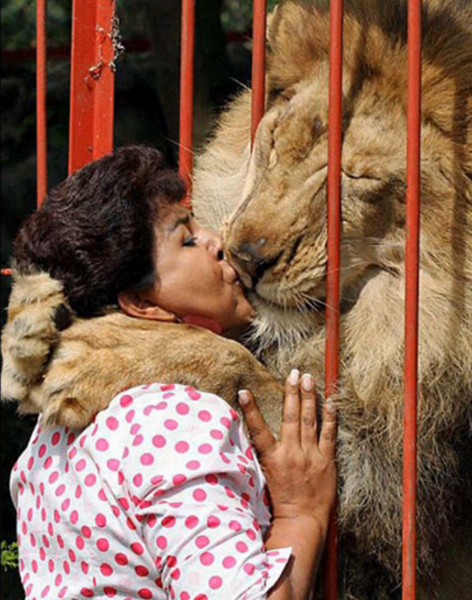