With their flabby frowns, gurning grins and bloated, gassy stomachs, they’re hardly going to win a pin-up competition. But these disgusting creatures have become the surprise stars of a glossy new book in a bid to save them from extinction.Unlike their cute and fluffy cousins in the animal kingdom, the plight of these rancid animals is relatively unknown. The Ugly Animal Preservation Society was set up to champion the cause of endangered creatures with no friends. [Read More] 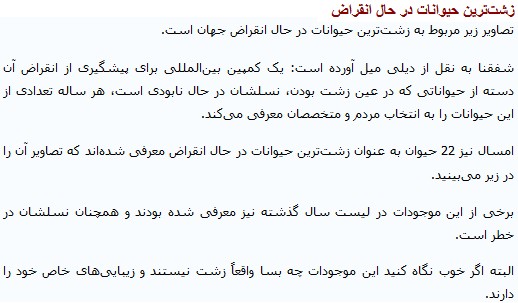 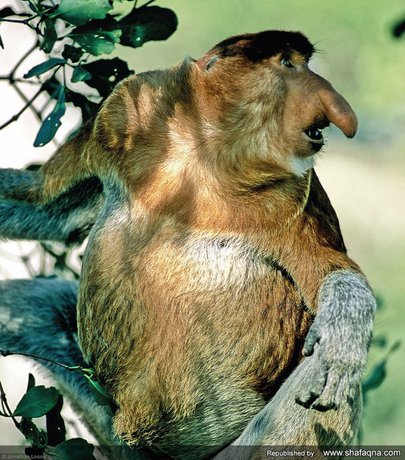 Proboscis monkey has the largest nose of any primate, drooping over the mouth and capable of growing to be up to a quarter of the body’s length. The numbers of this king of the mingers have crashed dramatically over the last forty years, thanks to the destruction of its habitat and a taste for monkey meat 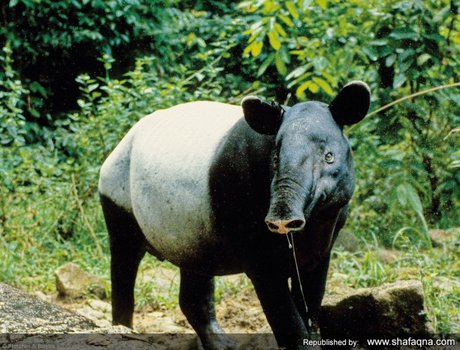 The Asian tapir are  shy, solitary creatures, preferring to forage at dusk and at night – perhaps because they are so disgusting looking 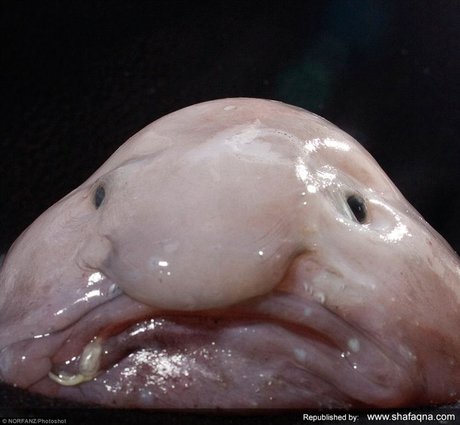 With a perfectly upside down mouth, the blobfish is perhaps the ugliest of them all.  Deep sea trawling in its home territory off the coast of Australia and Tasmania has made it endangered – but fishermen catch it by mistake and throw it, dead, back into the ocean 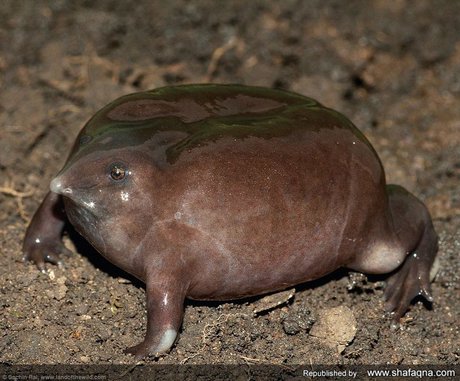 The purple pig nosed frog is fat, purple and lives underground – perhaps because it is so hideous. But despite it gelatinous lumpy appearance the purple frog is the sole survivor of a group of amphibians that evolved 130 million years ago. Their population is thought to be in decline, thanks to the destruction of the forests for the cultivation of coffee and other crops, and so the species has been classified as endangered 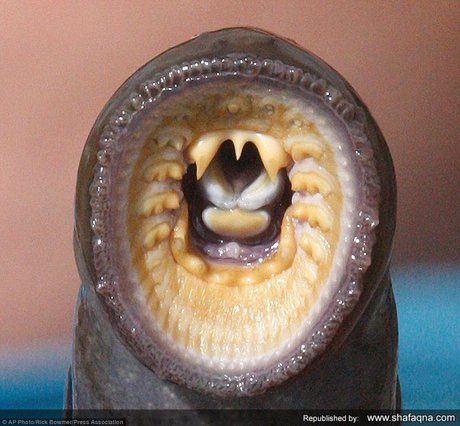 Pacific Lamprey (lampetra tridentata): Looking like a vacuum cleaner pipe with teeth, the Pacific lamprey is a member of an ancient family that has been unchanged for millennia, and belong to the superclass agnatha, meaning ‘before jaws’ 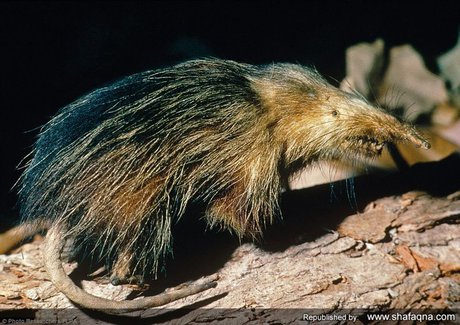 The Cuban solenondon is armed with nasty teeth and a potent venom cocktail in its saliva that it uses to disable its prey.There are very few mammals that are venomous. Most of their forest habitat has now been lost to development, and as slow, clumsy movers they are easy targets for dogs, cats and mongooses 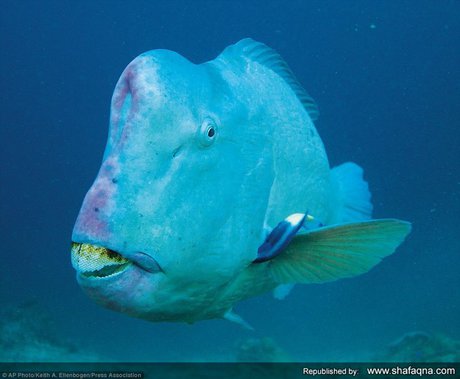 Believe it or not, the baby bumphead parrotfish is a beautiful creature. But like an ugly ducking in reverse, it grows into this toothsome wonder. They have been hunted relentlessly and this once abundant fish is now virtually extinct in Guam, the Marshall Islands, parts of Fiji andEast Africa