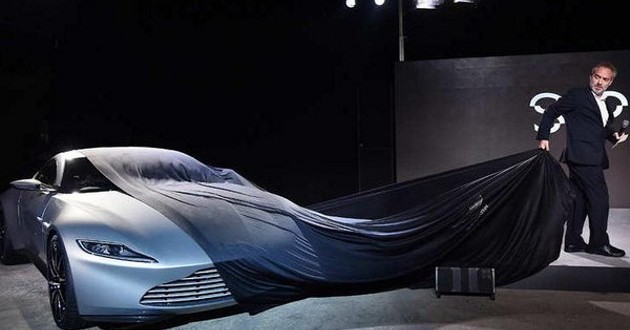 Aston Martin unveiled the latest iteration of the James Bond car at London’s Pinewood Studios last month. Daniel Craig’s 007 will drive in the car in the Sam Mendes-directed Spectre, the 24th installment in the Bond franchise, set for release in November 2015. Ten of the cars — dubbed the DB10 — will be hand-built at Aston Martin’s headquarters in Gaydon, U.K., expressly for use in the movie. The company said that the DB10 “gives a glimpse to the future design direction for the next generation of Aston Martins.”