Zacatecas
The Mexican city of Sacatecas was built in 1548 to become a refuge for silver miners, and culminated in the seventeenth and eighteenth centuries. It is situated on the slopes of a narrow valley and has narrow streets that cross the slopes of the hills. The old town center has many colorful buildings, most of which have remained since the eighteenth century, including the beautiful Cathedral and the Church of Santo Domingo, with its exterior facing many statues. 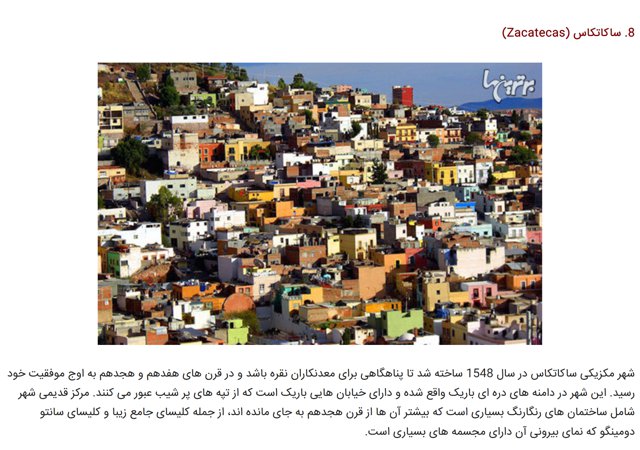