Due to its location, Alasht is fairly cool throughout the year. Winter in the village is particularly harsh, causing most of the inhabitants to move to warmer areas for the season. However, the rainfall in the village is similar to the rest of the province, with approximately 593 millimeters of precipitation per year. 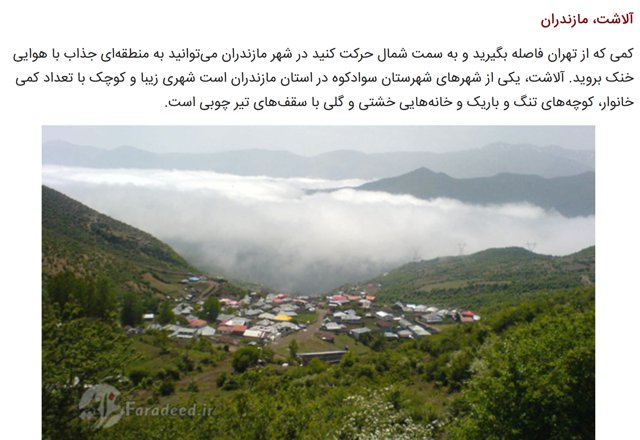