In a talk with Mehr News Agency, Pourang Pourhosseini, son of Parviz Pourhosseini, confirmed the death of his father. Parviz Pourhossein was born on Sept. 1941. He was a graduate of the Faculty of Fine Arts, University of Tehran, who acted in the field of theater in the works of prominent directors such as Peter Brook, Arbi Avansian, Hamid Samandarian, Bahram Beizai and Ali Rafiei. 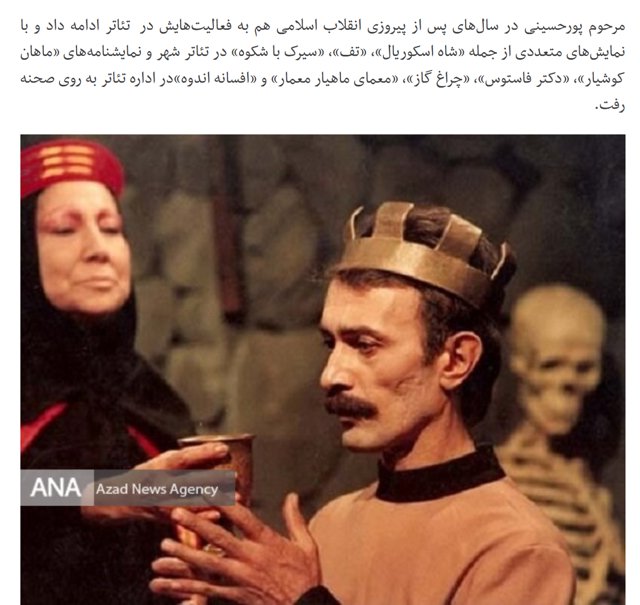