Christmas came early for some Hong Kongers on Wednesday afternoon, when a security van spilled 35 million Hong Kong dollars, or more than $4.5 million, in cash on a major highway. The BBC estimates the value of the spilled cash could be as high as $4.5 after several containers of cash fell out of the back of the armored vehicle carrying some $68 million. The security company responsible for the vehicles said it is investigating what appeared to be a door malfunction. Local police appealed to people to, you know, do the right thing and fork over their newfound riches. 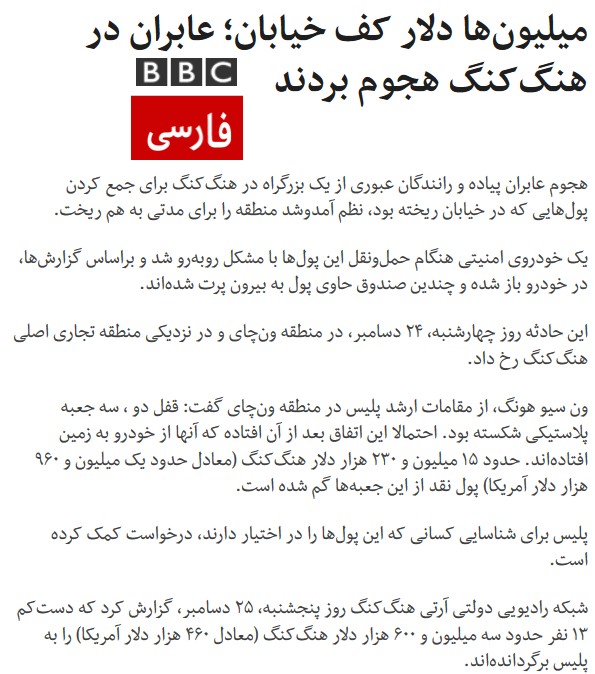