Prominent Iranian playwright and director Bahram Beizai will stage reading performances of his latest play “Ardaviraf’s Report” at Stanford University on January 24 and 25.
The play is Beizaii’s theatrical rendition of an ancient Zoroastrian text that chronicles the journey of pious Ardaviraf to the other world where he travels through paradise, purgatory and the inferno. Ardaviraf meets many of the mythic and historic figures of Iran on his journey. The play is based on “The Book of Arda Viraf”, a Zoroastrian religious text from the Sassanid era in the Middle Persian language. It is considered an early precursor to Dante’s “Divine Comedy”.
“Ardaviraf’s Report” will be performed at the Cubberley Auditorium of the university in the Persian language. 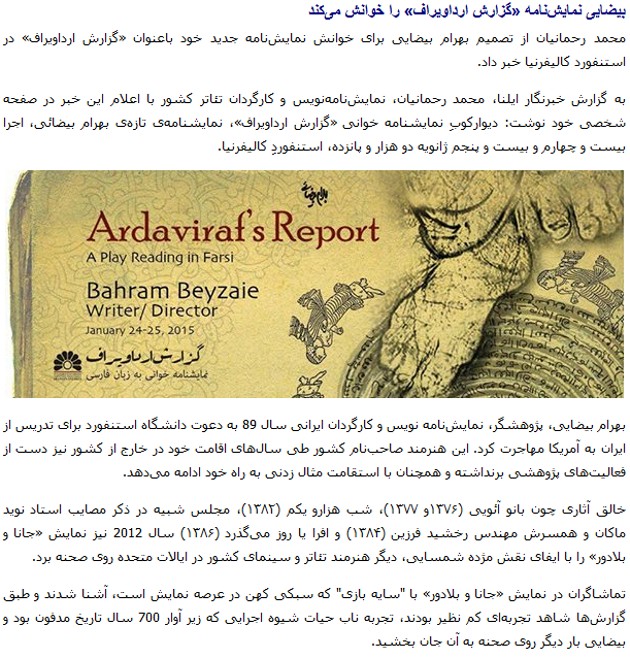