Bella Hadid is a famous model in the demonstration

Supermodel Bella Hadid has been doing her bid to highlight the ongoing atrocities by Israel’s Defence Forces (IDF) in Palestine. The 24-year-old joined a crowd of protesters Saturday in New York, who took to the streets of Bay Ridge for a demonstration in support of Palestine. The outspoken fashion plate — whose wealthy father, Mohamed Hadid, is from Palestine — was wearing a traditional dress, a Keffiyeh, a face mask and waving a large Palestinian flag as she marched along with thousands of others. 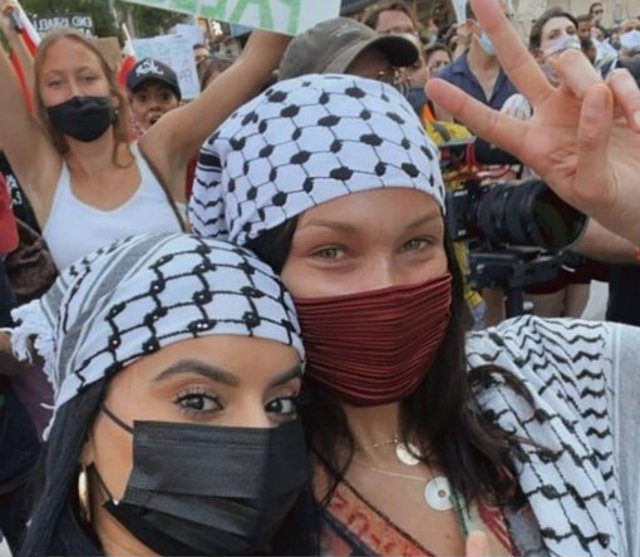