Agham Mohammad Khan Qajar, after wearing the robe of the capital over Tehran, called Tehran Dar al-Khalafah. Dar al-Khalafah has six neighborhoods in the protected area, which are north of Enghelab Street, south of Shousha Street, east of Shahbaz Street (today, September 8) and west of Kargar Street. This house belonged to Mahin al-Mulk Vazinani (son-in-law of Muzaffar al-Din Shah), who owned the house of his late cousin (Prime Minister Mohammad Reza Pahlavi) in the 1940s, to which he dedicated it. This 260-meter house has the style of Iranian interior architecture, like all the old houses inside, outside and Shahneshin. The interior decoration of Dar al-Khalafah is taken from the architecture of the Pahlavi period and the smallest details such as wallpapers and tiles are the design of the same period. 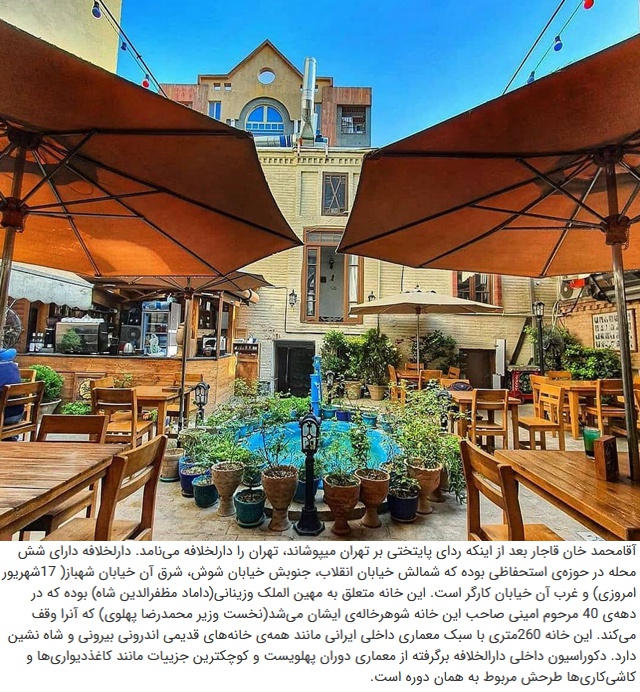