Celebrities who are raising Trans children

“Bombshell” actress and parent Charlize Theron adopted her now-seven-year-old daughter, Jackson, in 2012. She first introduced Jackson to the world as male, but in April 2019, Theron told the Daily Mail that Jackson is a girl.She emphasized the importance of the press using the correct pronouns in an interview with Pride Source later the same year.”I think it became harder for us the older she got that people were still writing about her in the wrong pronouns,” she said, “and also I was still talking about her in the press using the wrong pronoun. It really hurt her feelings. I don’t want to be that mom, and that was really why I said what I said a while back.” 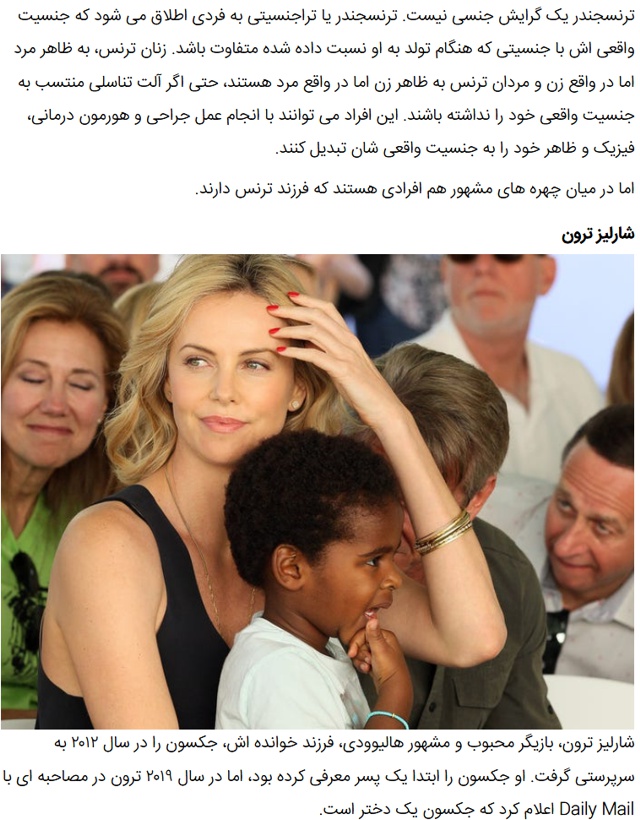