Jackie tried everything under the sun during his struggling days, including doing as an extra in a Chinese P**n film, appearing in a 1975 Hong Kong made  comedy film called All in the Family. He is one Asian star who has made it into the Hollywood celebrities list and the world loves him. His first major breakthrough was the 1978 film Snake in the Eagle’s Shadow, which established him as the comedy kung-fu man. 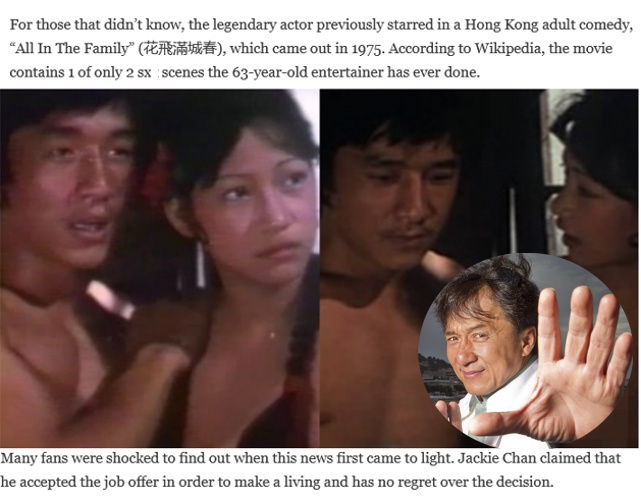