Mohammad Hassan Ghamkhar, an actor from theater, theater and theater, began his artistic career in the field of cinema and theater since the end of the year, and eventually died of liver disease on the evening of Sunday, April 20th. Among his artistic activities can be played in the series “Aunt Sara” , “Third Smile”, “Grandmother Pirates” and others. 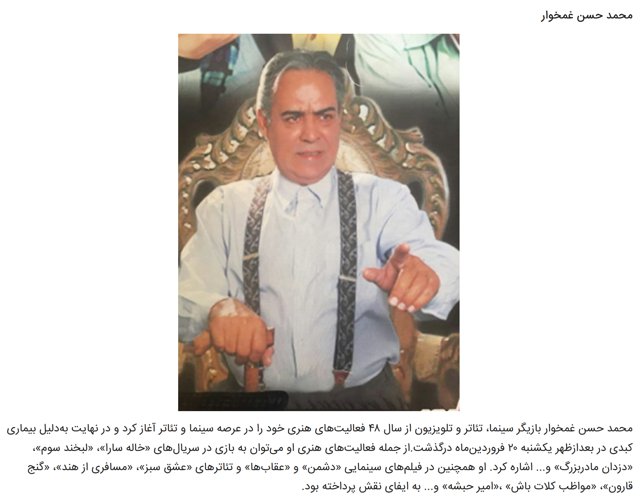