Cafe Javad Razvian
Seyed Jawad Razvian was born in Qom, Qom’s father and mother of Yazdi. He accidentally entered acting. In the first year of his university he was a colleague with Mehran Ghafourian and Amir Ghaffaramanesh and Bijan Banafashkhah. And they have entered the field with their help. Javad Razvian has been active in the field since 1994. In several collections, including apple laughs, Majid Dalbandam and Minoo Garden. 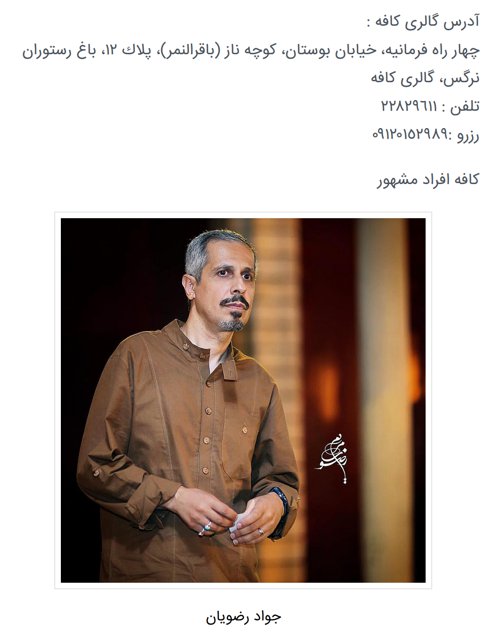