Nazan Kesal Puts on a one woman show

Famed Turkish actress has put on a play called “scars of my loves” based on life and poems of Persian modern era poet, Foroogh Farokhzad. Nazan Kesal, is playing the young poet who died in a car accident at the young age of 32, The story shows how a woman who had to live in a world where men rule was destroyed. There are too many unnamed women from different classes and different professions who face what she face. The actress says I wanted to have this play encourage other women in the same situation. 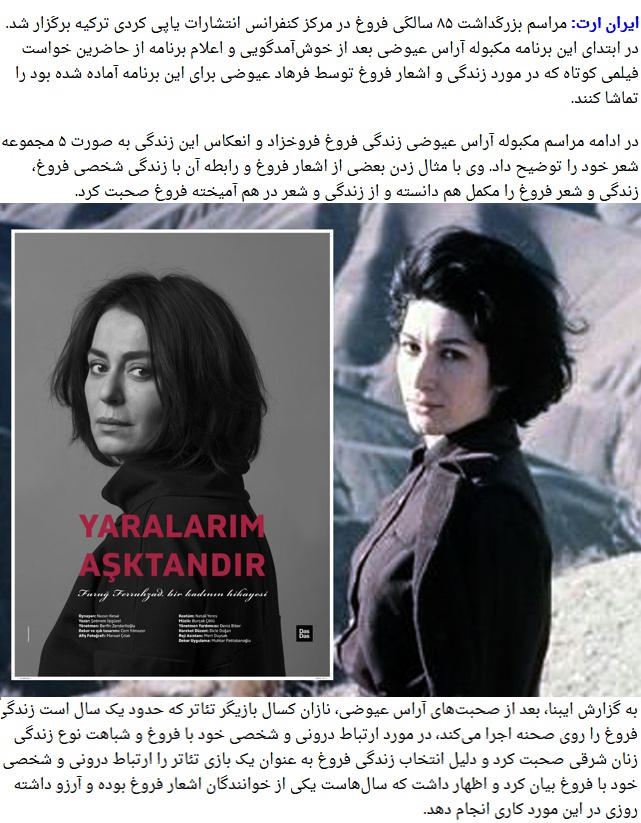