Fire damages what is thought to be England’s oldest hotel

The blaze in the southwestern city of Exeter raced through the historic Royal Clarence Hotel, which overlooks the city’s medieval cathedral.Firefighters were still tackling the blaze on Saturday, a day after it broke out. The hotel, which had been operating under the name Abode Exeter, dates to 1769.University of Exeter historian Todd Gray told the BBC that the venue was the first in England to declare itself a hotel.”Before that we had inns, but they took the new French word and applied it to their building,” he said. “This was the place to stay.”Gray says the building was “hugely significant” for the city. 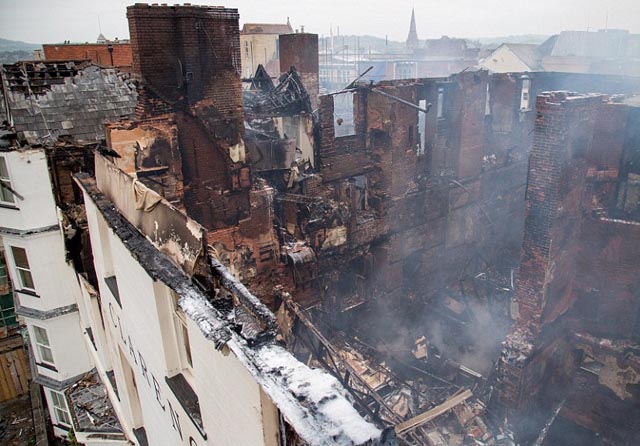