The symbol of Africa and the hero of the blacks. “Georges Vaha” was always an inspirational face for the people of his country and all the people of Africa during the years of the game. Georges failed in the first attempt at the presidency of Liberia. He initially did not accept the results of the election, and even decided to put the world’s assemblies in the middle, but eventually surrendered to what was happening. 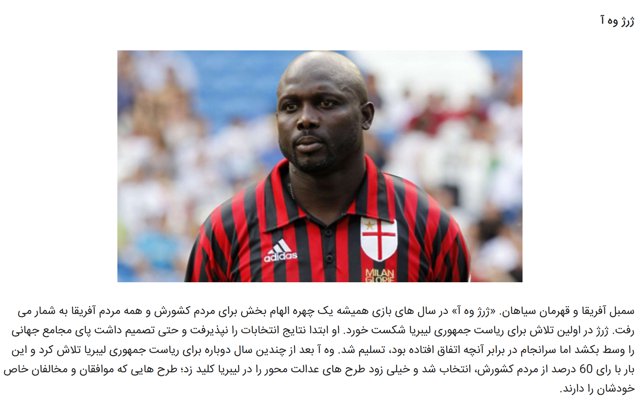