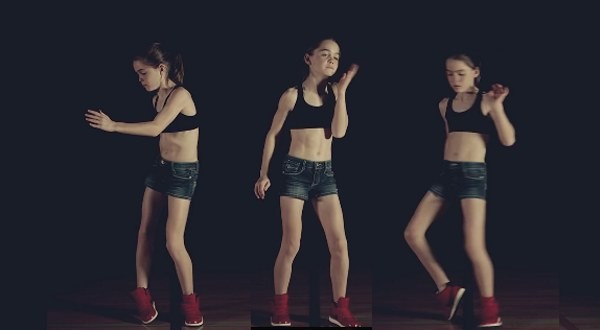 This young dancer is called Adilyn Malcolm, she moves to electronic dance music called dubstep.  Her style of dancing was born form the popular dances of the ‘20s and ‘30s like the “jitterbug” or the “Lindy hop.” It has been said that many modern forms of street dancing are similar to dances of that era.  Believe it or not Adilyn is doing all this dancing on here own, it’s all self thought. She is said to have been in school doing a report on Michael Jackson that is when she came across a dance video she liked, and she spent hours trying to duplicate it.