The Reagans really got into the holiday spirit when they lived at 1600 Pennsylvania Avenue. Ronald Reagan dressed up as Santa Claus for a Christmas Eve party in 1983… The Reagans also commissioned artists to paint scenes from inside the Executive Mansion during the holiday season for their annual Christmas card. Many presidents, including Barack Obama, Bill Clinton and both George W. Bush and George H.W. Bush, have since followed suit. 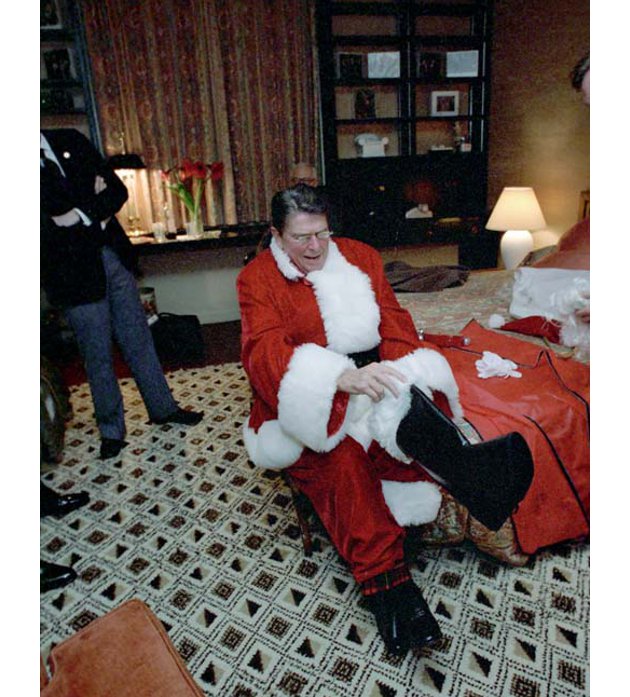