As the world’s largest online store, which plans to compete with Amazon in the Middle East, while having more user-cost and human-consuming costs than Snap, it holds about 80 percent of the country’s online retailers, with about two billion billion sales annually An equivalent of 120 billion USD is earning a net gain of approximately 100 billion Toman, while Bamilo has been priced at 200 billion USD as a competitor of DJ. 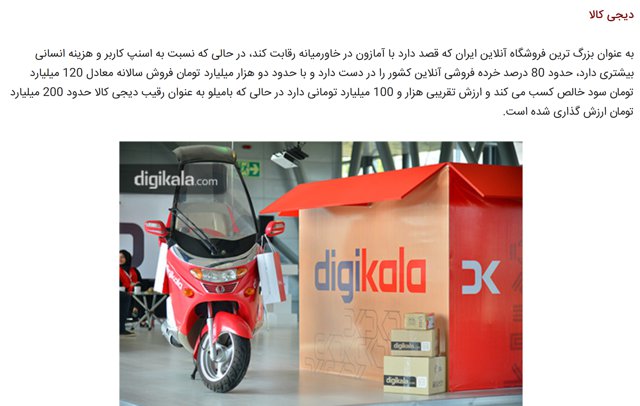