One of Italy’s biggest singing stars in the 1980s has died aged 60. Giuseppe “Pino” Mango was taken to hospital after collapsing on stage while performing one of his most famous songs. Euro news reports he had just struck the opening bars of his hit song “Oro” when he raised an arm and said “excuse me” to the crowd before collapsing. (See Video Above) He died later in hospital after suffering a heart attack. Italian news agency Ansa described it as the “perfect stage exit for an artist.” Mango was married and had two children.  And there was a further sadness for the Mango family when the next day while attending his brother’s funeral, Giovanni Mango aged 75, also collapsed and died. 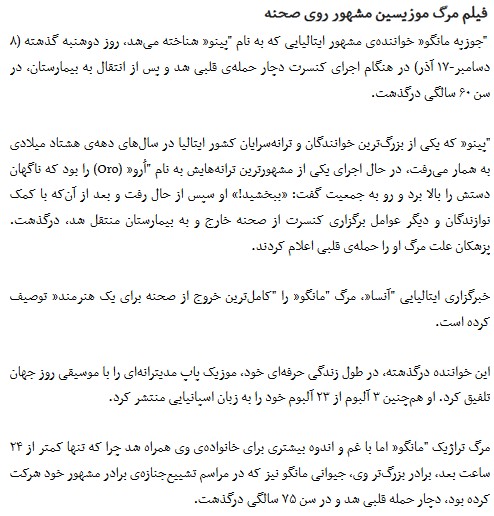