Assange has been held in the high-security prison since he was dragged out of London’s Ecuadorian embassy in 2019. He was given permission to marry last year. He is fighting extradition to the United States, where he is wanted for an alleged conspiracy to obtain and disclose national defen information after WikiLeaks published hundreds of thousands of leaked documents relating to the Afghanistan and Iraq wars. His partner Stella Moris, 38, a lawyer, arrived at the southeast London jail in a dress designed by Dame Vivienne Westwood. She was joined by the couple’s sons Gabriel, four, and Max, two, and Assange’s father and brother, Richard and Gabriel Shipton. 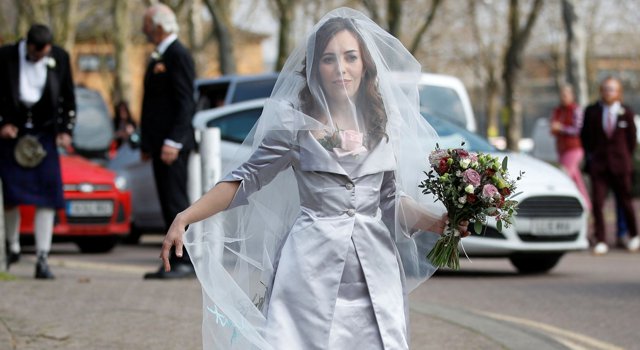