Canadian pop singer Justin Bieber has sparked a great deal of controversy during the past hours, after he topped the Arab and international search engines, due to his appearance wearing the hijab at one of his recent concerts in the US state of Utah. The pioneers of social networking sites shared videos and a group of photos of Justin Bieber, who is engaged in singing at his party, wearing the hijab. Justin Bieber chose to coordinate an unfashionable, inappropriate and shocking look, by wearing a veil or a scarf on his head, with a white T-shirt and jeans. Justin Bieber’s appearance has received many criticisms and sarcastic comments on social media platforms, due to its strangeness and inappropriateness, its distance from the party atmosphere and its contradiction with being a man as well. 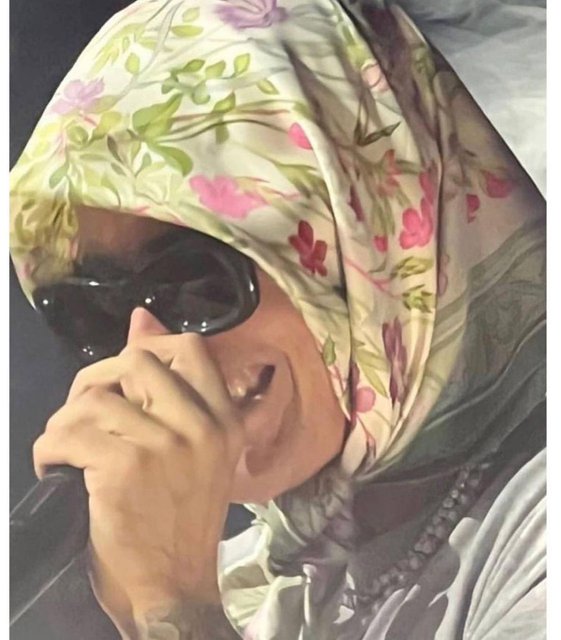