Daphne Selfe Eighty-Seven Years Old
Madeleine Daphne’s career began in 1949 at the age of 20, when she competed with other girls for the magazine cover model. Since then, her photo has been featured in many famous magazines such as “Vogue”, “Harper’s Bazaar” and “Vanity Fair”. In 2015, his name was recorded as the world’s oldest supermodel in Guinness World Records. 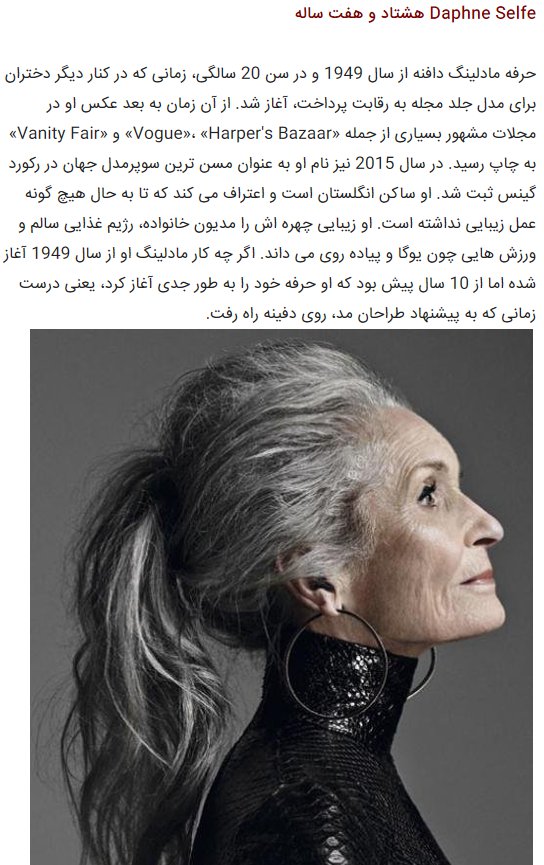