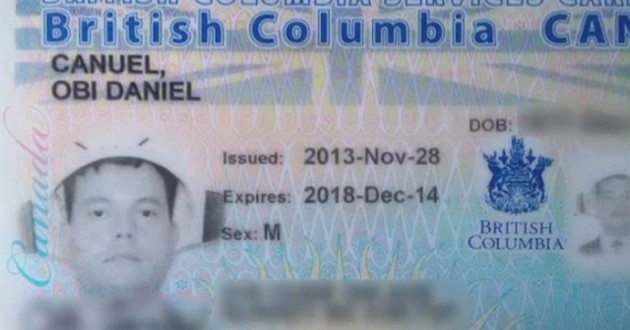 A Surrey, B.C. man is straining the limits of British Columbia’s ID guidelines, saying it’s his religious right to wear a colander on his head for his driver’s licence photo.

Obi Canuel, an ordained minister in the Church of the Flying Spaghetti Monster, says the Insurance Corporation of British Columbia is denying him the right to wear his religious headgear for his driver’s licence photo. The ICBC told Canuel he couldn’t wear the colander for the photo last fall, when he tried to have his licence renewed. [Read More]