Sixty years after Marilyn Monroe sang “Happy Birthday, Mr. President” for John F. Kennedy at Madison Square Garden, her iconic nude dress has been put back in the limelight. Kim Kardashian, 41, took the dress for a spin at last night’s Met Gala, making her the only person besides Marilyn to ever wear the dress.  The skin-tight mesh dress, which has more than 6,000 hand-sewn crystals, was part of the Monroe estate until Anna Strasberg enlisted Christie’s to sell it in 1999, according to the Daily Mail.Ripley’s Believe It or Not! Museum in Florida bought the dress at a Julien’s Auctions event in 2016 for $4.8 million. After taxes and fees, the dress was valued at over $5 million, making it the “world’s most expensive dress” ever sold at auction, Ripley’s told The Post. The dazzling gown is now valued at over $10 million. 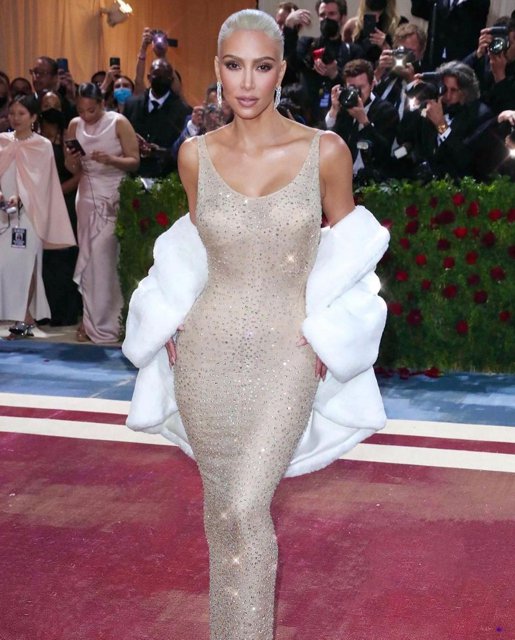