Just in the days when David Beckham became England’s first man of football and Manchester United, Victoria Adams was popular in one of the most famous British music groups. The story of Viktoria and David came back to the singer, along with other members of his group at the end of one of Manchester United’s meetings, with the players of the team, and this meeting began the formation of interest between Victoria and David and eventually their marriage. Marriage that lasted until today and resulted in the birth of four children. 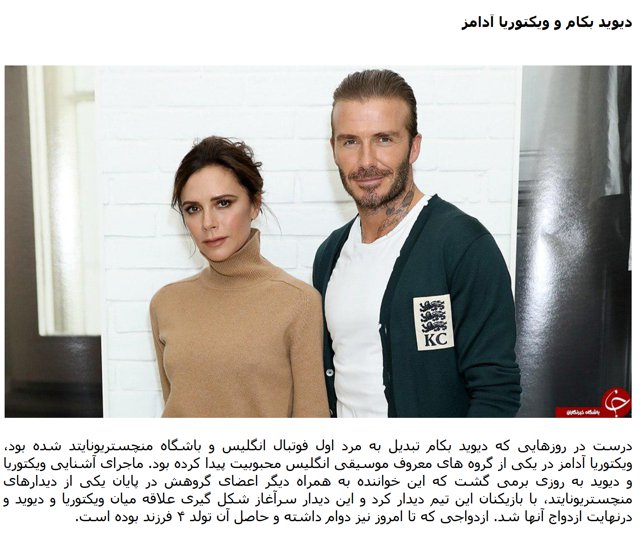