“In parts of Africa, there are still prejudices about women who have managerial jobs and their influence. In Liberia, male counterparts understand that we are the force that can count on it, but there are still some problems in our way. About a year and a half ago, a minister came to my office, while I was in a meeting that lasted and arrived late. I apologized and he blamed me why he was waiting for him and said that I would bring him a bottle of water. I do not believe it would speak to me like that, I would have been near the ground. “ 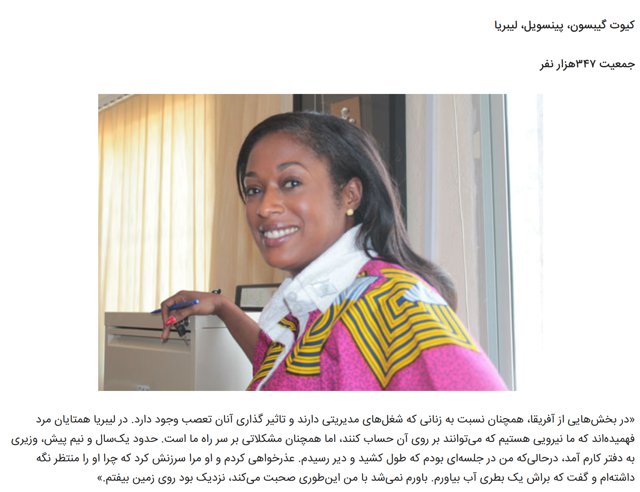