Men in makeup in this city

In Arenal, a town in the Bolívar department of northern Colombia, boys and young men don dresses and makeup in preparation for ‘la danza de las Farotas’, a traditional dance allegedly commemorating an indigenous ambush against the Spanish invasion of the gold-rich region. The dance is a masculine event entirely: only men are allowed to design and sew the costumes or perform the dance  The country’s geographical diversity – mountains and sea – has left discreet influences on the national psyche. 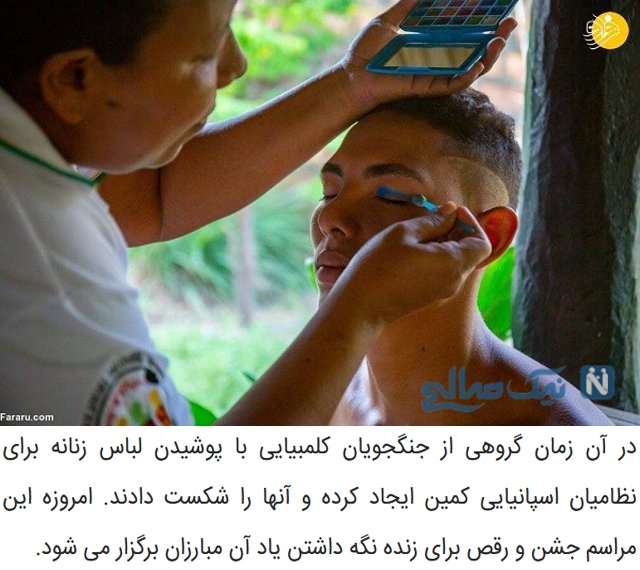