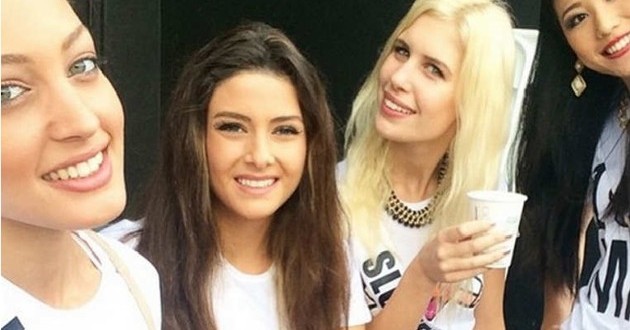 Miss Universe contestants are keen to proclaim their desire for world peace, but this year’s Miss Lebanon has declared war after claiming Miss Israel muscled in uninvited during a group “selfie.” Saly Greige took to her Facebook page to declare that Israel’s Doron Matalon had pushed her way into a now widely-circulated photo showing the Middle Eastern beauties with Miss Japan and Miss Slovenia. Miss Lebanon went on to reposting the controversial photo but reframing it so Miss Israel is no longer in the picture. And Miss Israel has also commented on the matter, again in an online post. Doron Matalon can’t understand why a simple photo has caused such a fuss, and says it’s a shame Miss Lebanon could not put aside any hostility towards Israel, at least for the duration of the competition. 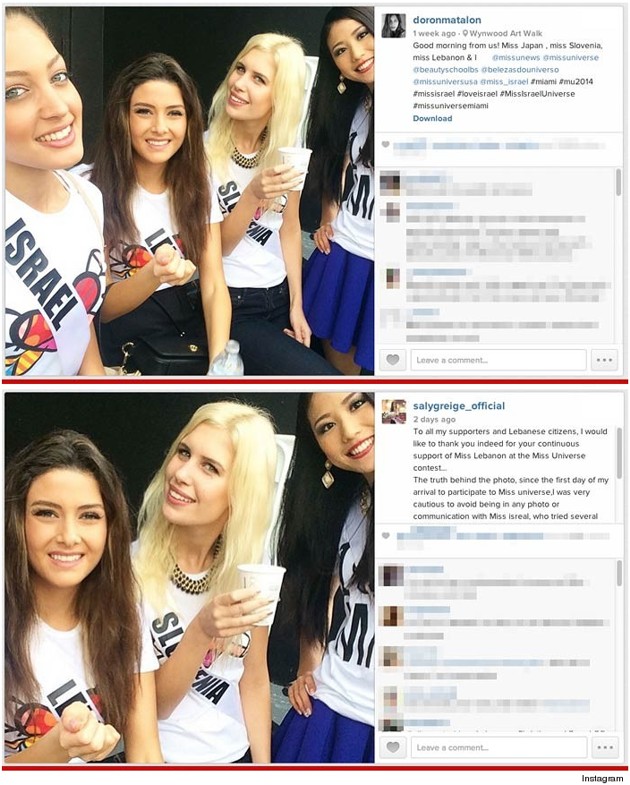 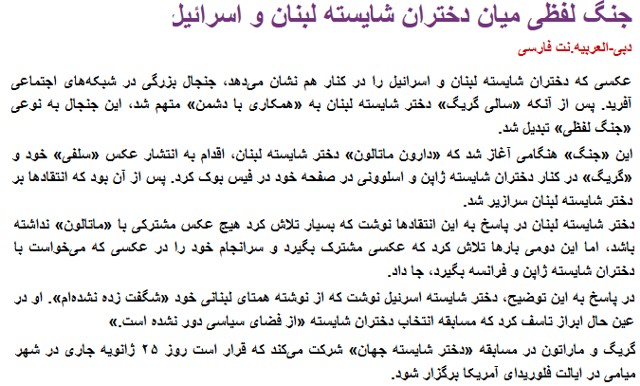