Anastasiia Lenna, 31, is a beauty queen and former Miss Ukraine. She reportedly began modeling at the age of 13 years and represented Ukraine in the 2015 Miss Grand International beauty contest. Lenna, however, has the brains, as well as the looks. She is a marketing and management graduate from Slavistik University in Kyiv, Ukraine. She knows five languages and has worked as a translator and public relations manager in Turkey. Lenna reportedly “has taken up arms” to fight against the Russian invasion and says “anyone crossing the border will be killed.” She shared a post on social media showing herself armed up and ready to defend her home. Since Putin waged war on Ukraine, the former beauty queen has been using her platform to rally support for her country. 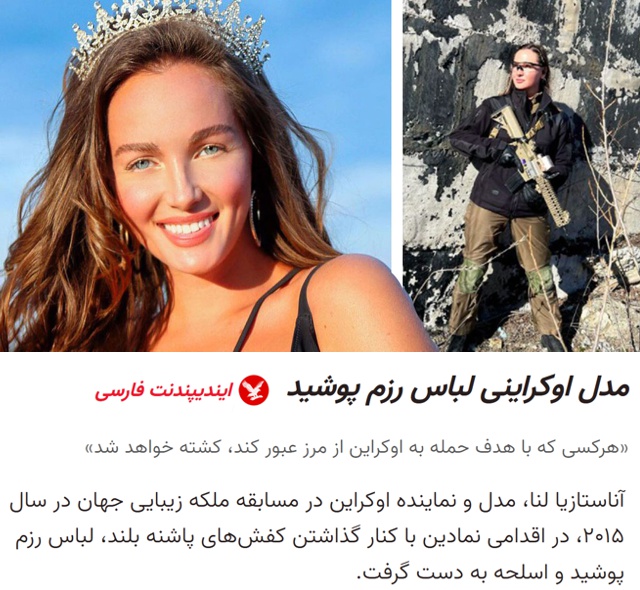