Dehloran is a city in and the capital of Dehloran County, Ilam Province. At the 2006 census, its population was 27,602, in 5,787 families. The city lies along Road 64, near the Iraqi border. A national natural monument lies in the north-eastern part of the city. 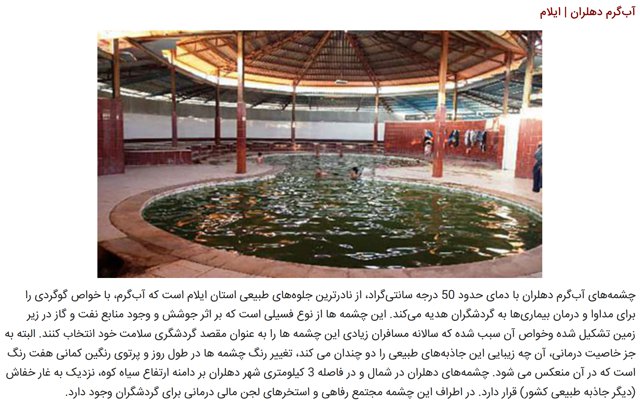