Mousavi Majd, from the Quds Force to the gallows

The Country provided new information on a man it has said will be executed for allegedly spying on behalf of Israel’s Mossad and the US Central Intelligence Agency. Judiciary spokesman said Mahmoud Mousavi Majd had resided in Syria in recent years alongside his family, in an unspecified capacity. Spies in general, and Russian spies in particular, seem to be everywhere: cyber-spies, spies operating undercover in civilian disguise, financial spies, political spies; spies infiltrating social media to deliver fake news, plant lies and swing elections, and spies deployed to kill other spies. 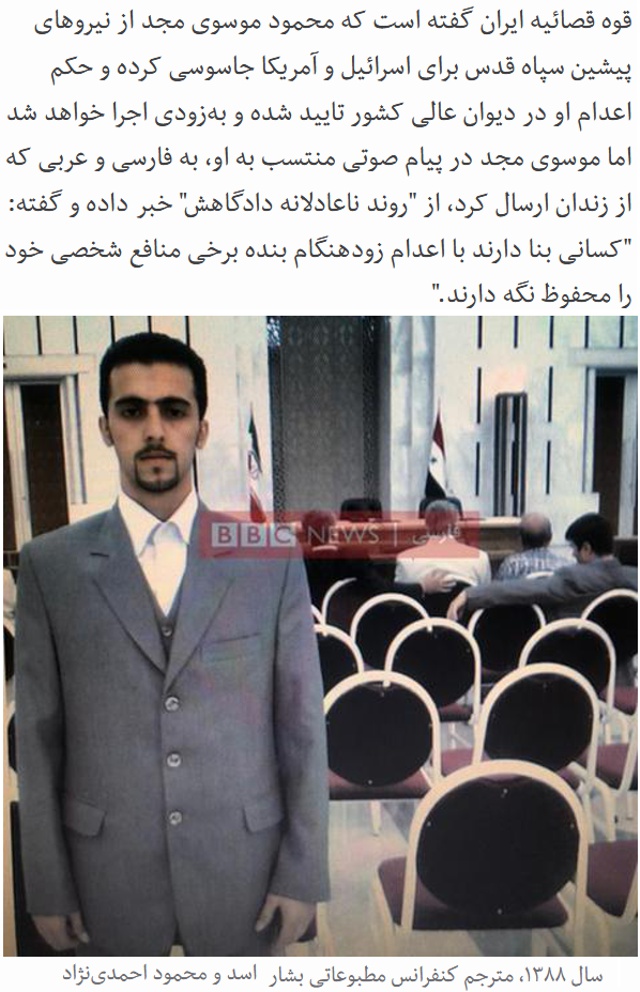