A statue of Persian classic poet Omar Khayyam (1048-1131) is scheduled to be installed in Manhattan, New York City. Created by the Iranian sculptor Hossein Fakhimi, the two-meter tall statue was sent from Tehran to New York on Monday evening.

The decision to set up the statue as a Persian symbol was made by Manhattan municipal officials during Iranian President Hassan Rouhani’s trip to New York in September 2013. Fakhimi has made two other copies of the statues, one of which will be installed in Khayyam’s hometown of Neishabur and the other in Florence, Italy.

One of the statues was transferred to Neishabur on the National Day of Khayyam on September 2, 2014 and it will be erected in an appropriate place designed for the statue. Another copy of the statue will be installed in Florence, following an order by Iran’s cultural attache in Rome during the Khayyam commemoration ceremony in Italy in 2010. Omar Khayyam, a Persian mathematician, astronomer, and poet was renowned in his own country and in his own time for his scientific achievements, but is chiefly known to English-speaking readers through the translation by the English writer Edward Fitzgerald of a collection of his Rubaiyat (“quatrains”) in “The Rubaiyat of Omar Khayyam” (1859). 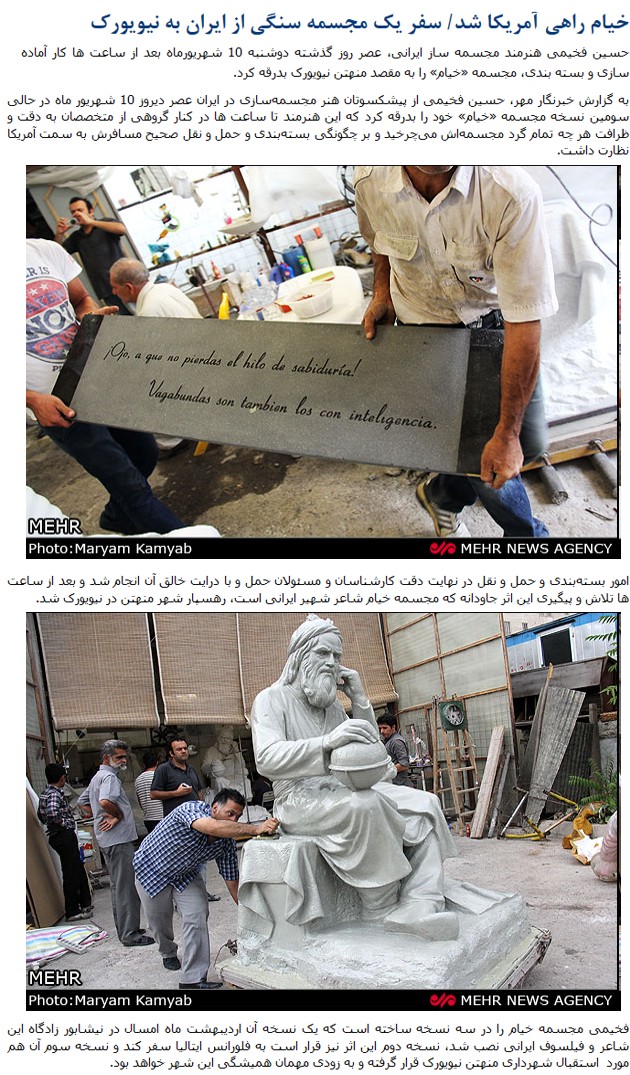 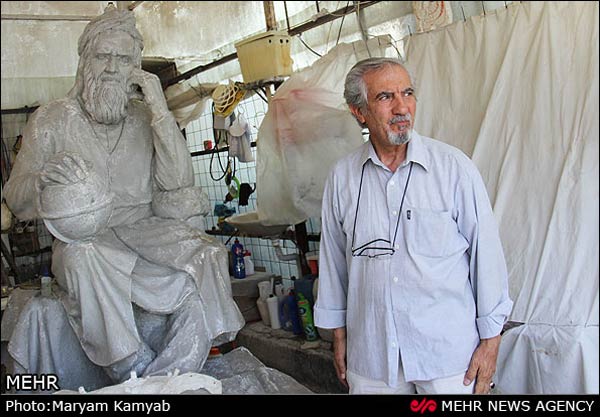 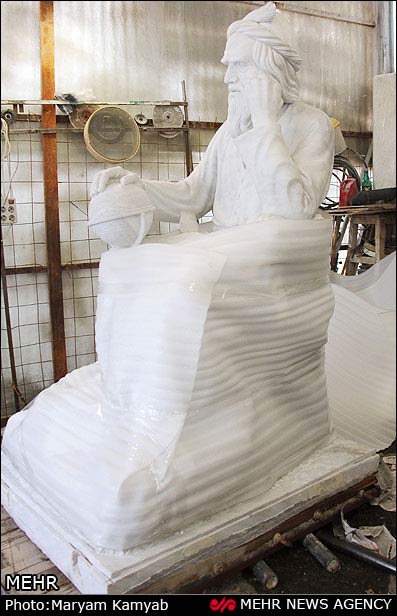 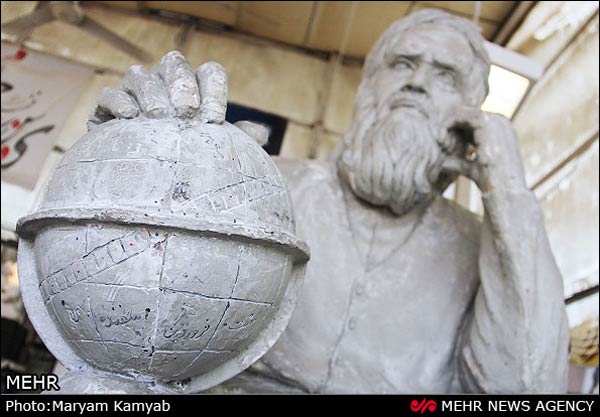