Rob Gonsalves (born in 1959 in Toronto, Canada) is a Canadian painter of magic realism with a unique perspective and style. He produces original works, limited edition prints and illustrations for his own books.  During his childhood, Gonsalves developed an interest in drawing from imagination using various media. By the age of twelve, his awareness of architecture grew as he learned perspective techniques and he began to create his first paintings and renderings of imagined buildings. Most of his stunning paintings have an unclear boundary between the multiple stories they tell, which forces the viewer to jump back and forth between them – like an optical illusion that changes every time you look at it. 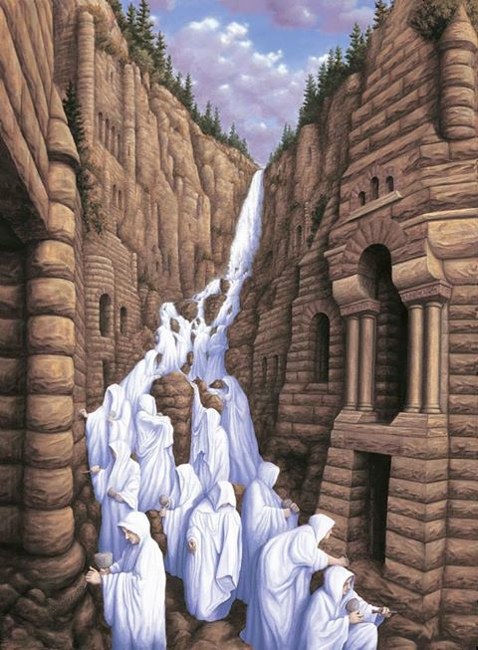 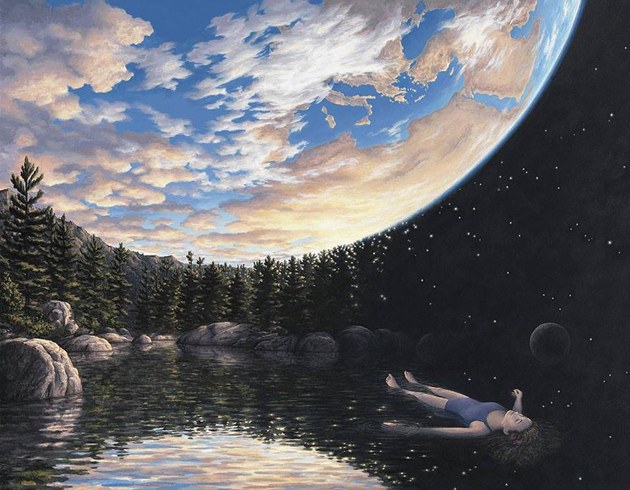 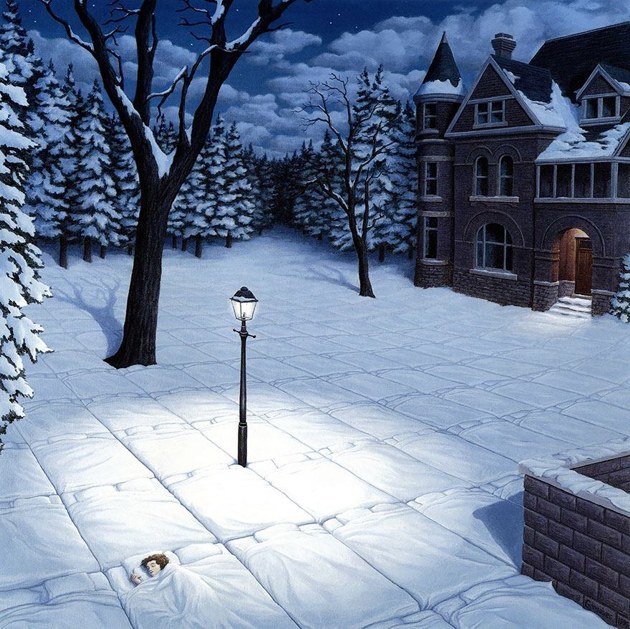 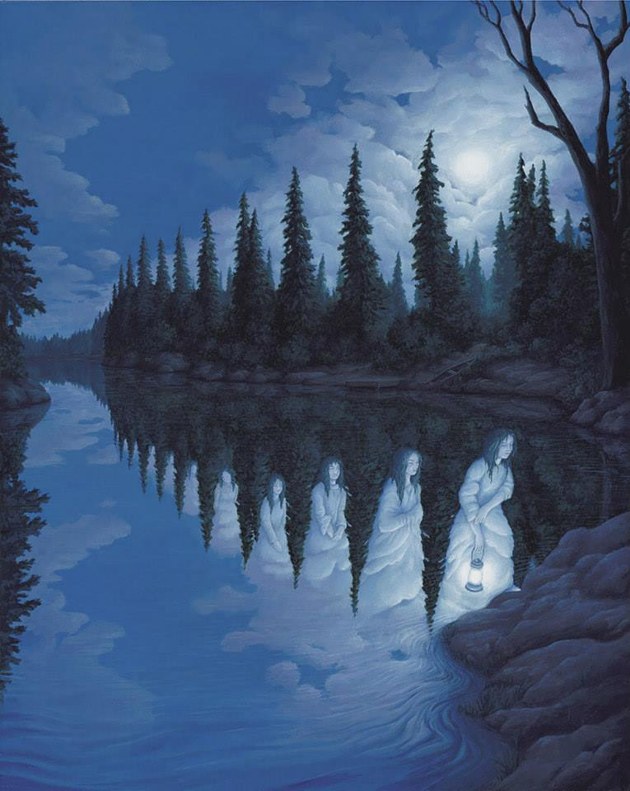