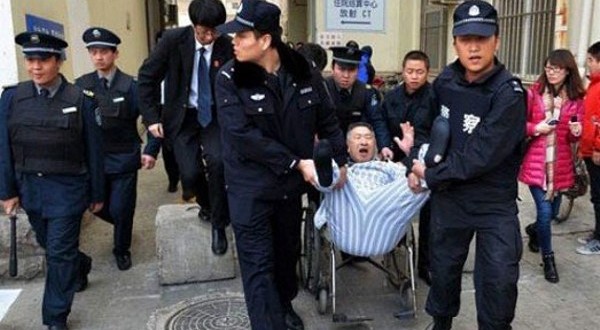 Man, known as Mr Chen, first went to the Beijing hospital in August 2011Was treated for injuries sustained in a road traffic accident and left. Returned to the hospital two months later suffering from thrombosis. Received more treatment and after three months told that could go home. But he refused to leave saying he was ill and needed to be looked after. The hospital stopped providing him with treatment in July 2012, after he was unable to pay any of his medical bills. Hospital were then granted a court order to forcibly remove Mr Chen. He was taken home despite chaining himself with locks to his hospital bed. 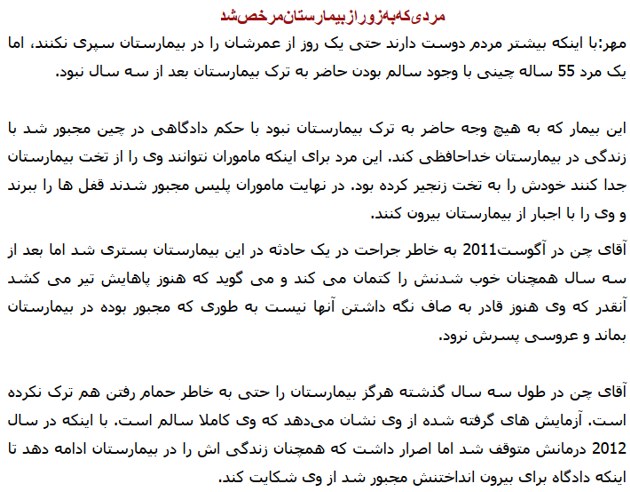 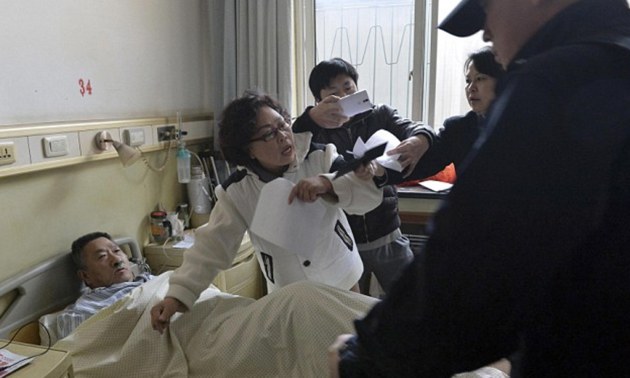 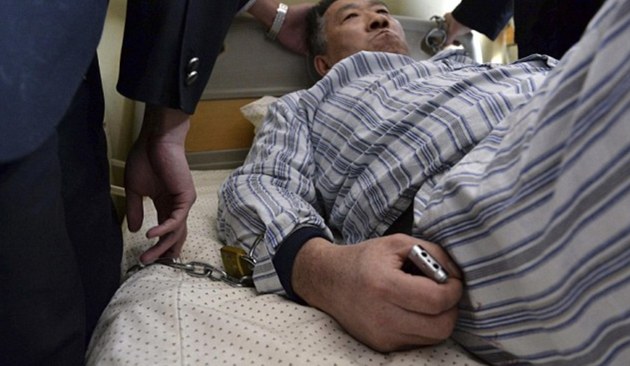 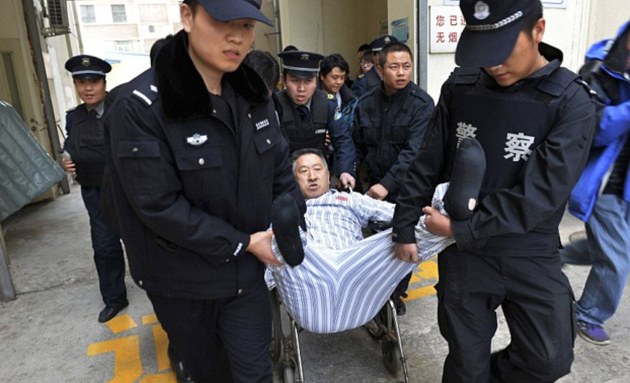