Pilot prayers after near miss

A passenger plane flying from the captial to Oroomieh had problems during landing as the landing gears where not getting deployed. After an extra turn over the Airport the crew where able to put the landing gear in place. The pilot was so happy after the safe landing that he did a special pray right on the spot. 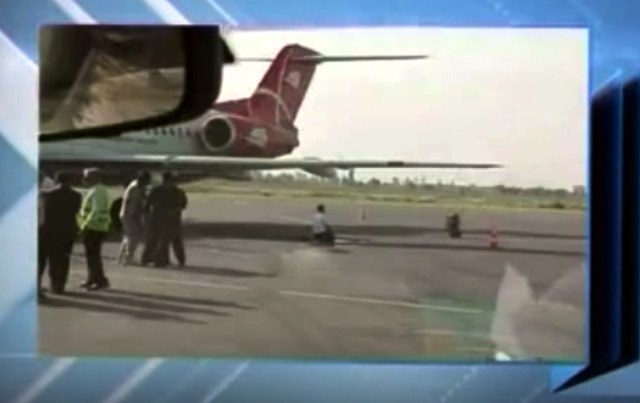