ROUD Poirot actor Sir David Suchet kneels to be knighted by Prince William. The star, who played the moustachioed Belgian sleuth 70 times on ITV, missed December’s ceremony with Covid. Sir David, 75, said that the honour was his “proudest moment”. He said: “I’ve been knighted on stage and it doesn’t compare! “And no camera is going to say, ‘Cut, let’s do a retake’. “It’s the most extraordinary feeling and it’s very surreal.” Suchet was to be knighted as early as December, but due to his coronavirus illness, the ceremony had to be postponed. The actor was accompanied at the ceremony by his wife, Sheila Ferris, who was very moved by her husband’s award. “I’m a little ashamed that I got through it all, from start to finish,” she said afterwards. 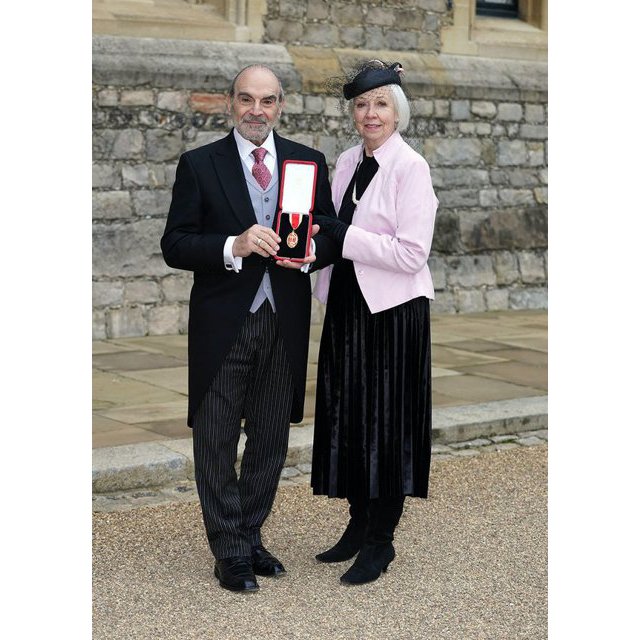