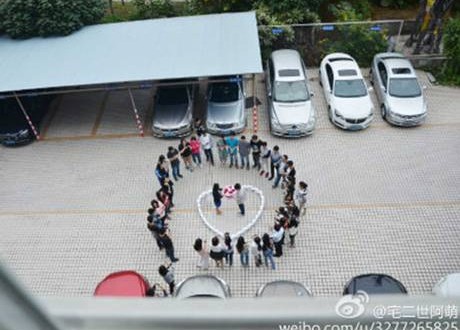 Proposal With 99 iPhones 6’s gets a no

A young Chinese man has attempted to celebrate China’s Singles Day by proposing to his girlfriend, except it didn’t all quite go according to plan. The young Guagzhou tech worker spent 500,000 yuan (£51,543) on Apple‘s latest gadget, the equivalent of more than 17 years the average worker’s salary, according to CNN. He carefully arranged the iPhones into the shape of a heart, and even had some money left over to buy a bunch of flowers. So far, so good, right? Not quite. In front of his colleagues and friends, she turned him down. 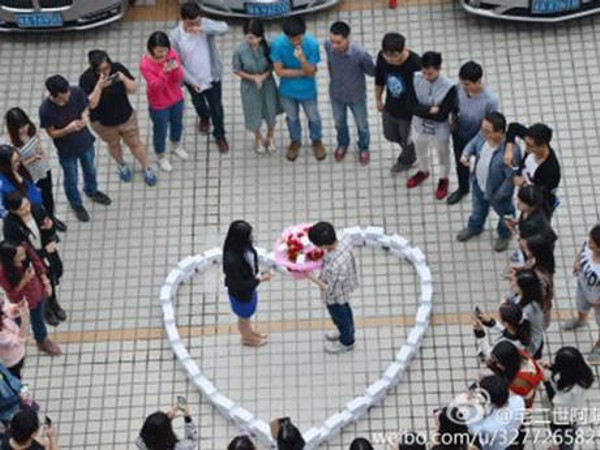 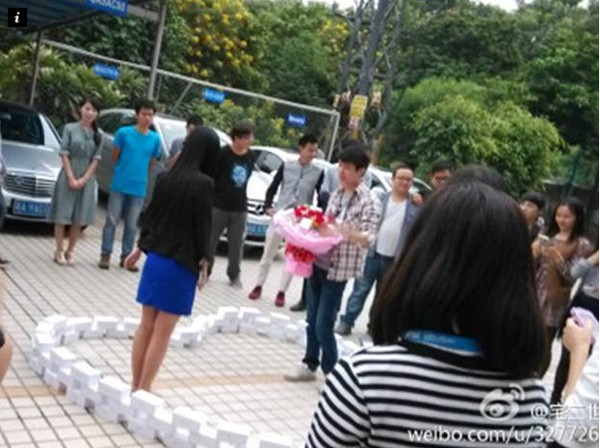