Sara Bahmanyar, a member of the Women’s Karate Team

Sara Bahmanyar defeated all her rivals to advance to the final game of World Karate League 2019 underway in Japan on Sunday.Bahmanyar beat rivals from Croatia, Malaysia and Japan to reach the quarterfinal game of -50kg weight category. Karate is a martial art developed in the Ryukyu Kingdom. It developed from the indigenous Ryukyuan martial arts under the influence of Kung Fu, particularly Fujian White Crane. 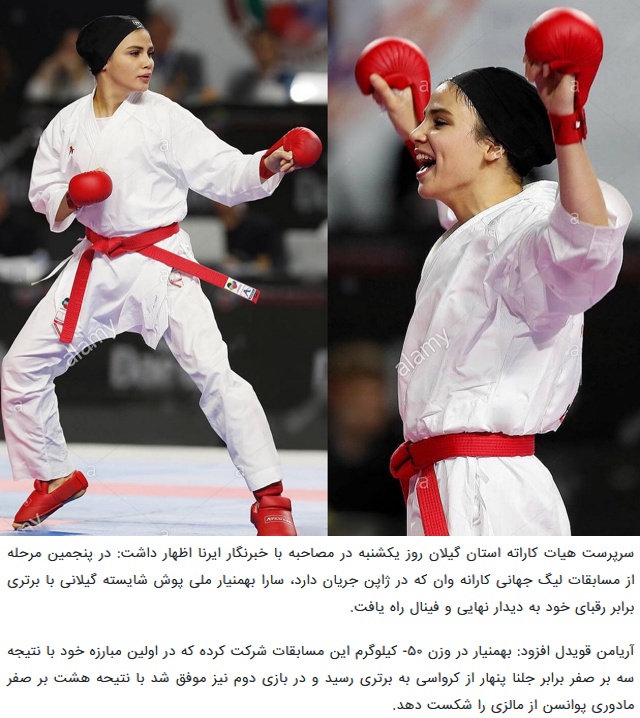