Saudi women play cards with men for the first time!

The World Economic Forum’s 2016 Global Gender Gap Report ranked Saudi Arabia 141 out of 144 countries for gender parity, down from 134 out of 145 in 2015. The United Nations Economic and Social Council (ECOSOC) elected Saudi Arabia to the U.N. Commission on the Status of Women for 2018–2022, in a move that was widely criticised by the international community. 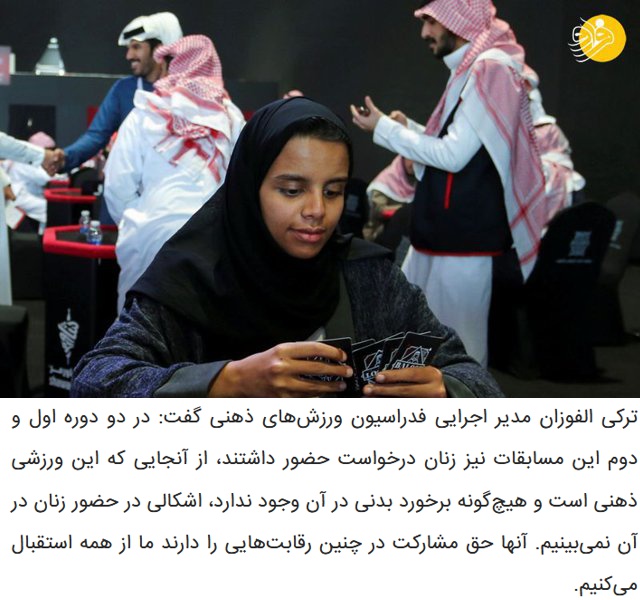