The women – who are all top-notch equestrians from different Arab countries including Saudi Arabia – took part in an event called “Forsan Okaz” (Knights of Okaz). They rode horses alongside men during a show that left audiences mesmerized.The 13th edition of the festival was launched last Thursday as part of Taif Season’s “Masyaf Al-Arab” and runs until the end of August. The festival is an old tradition that used to bring together Arabs over 1,500 years ago, and was revitalized 13 years ago in Saudi Arabia. 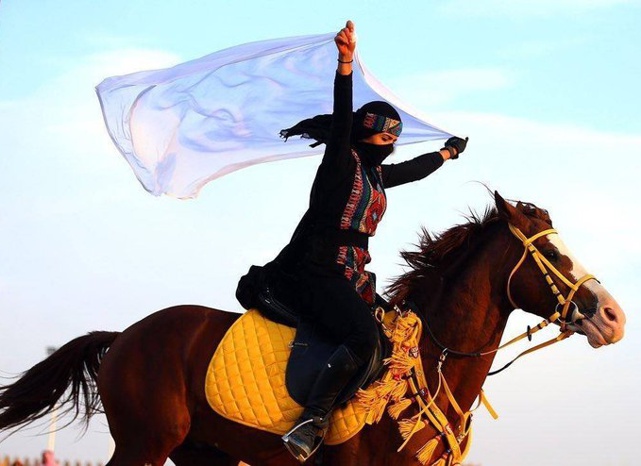