Shahram Nazeri is one of  most celebrated singers and a master of the Persian classical and Sufi repertoires. He was born to a musical Kurdish family in Kermanshah, on 18 February 1950. At the age of eight he joined Sufi ensembles and When he was eleven, he sang on Iranian national television. and started to study the traditional repertoire or radif. 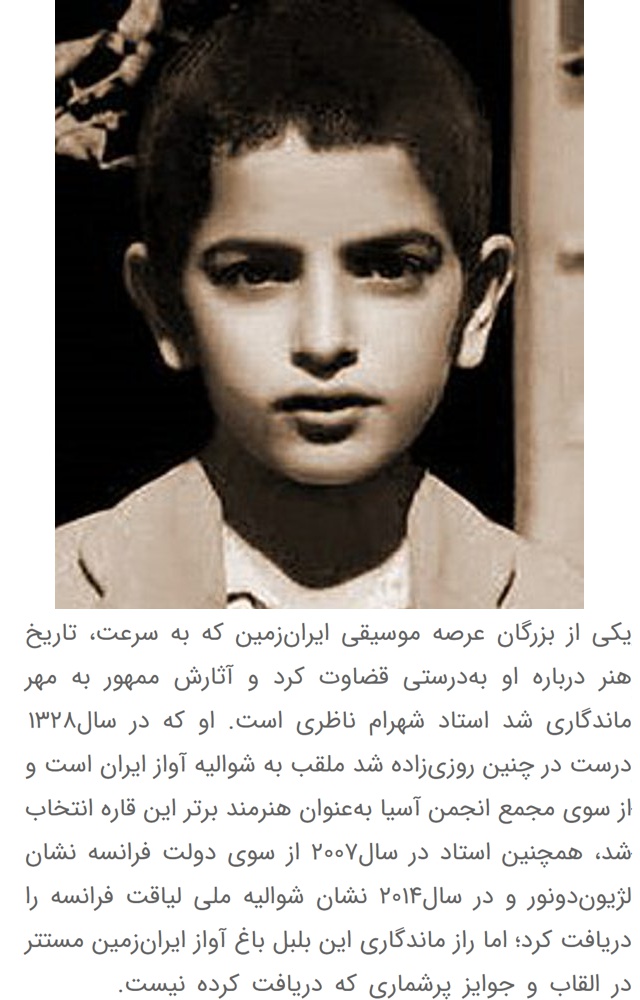