Nasrin Keyvanfar is one of the pop stars of the fifties. Nasrin became famous by performing a song “Saying You” composed by Hossein Samadi. Nasrin was one of the most prolific singers in the field of TV shows and original music parties, and her fame spread throughout Iran, including through the fledgling color television. A singer is someone who vocalizes musical sounds with tone and pitch, and uses his or her own voice to produce music. Singers may sing solo or in a group, and are oftentimes accompanied by instrumental music.The physical act of singing occurs as air passes through the larynx, throat, and mouth, and it’s interesting to note that vocal resonation in singing involves seven areas of the human body: chest, tracheal tree, larynx, pharynx, oral cavity, nasal cavity, and the sinuses. 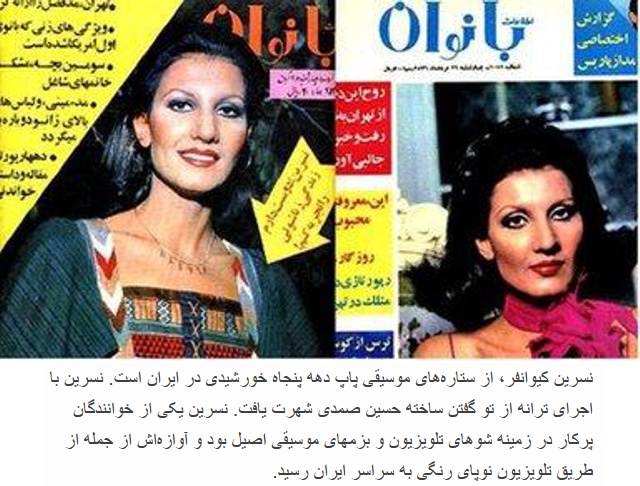