Two bouquets of flowers were placed upon his coffin, the BBC reported, as his body was transported from his home in Cambridge to the university church. One, of white lilies, was put there as a symbol of the universe; another, of white roses, were meant to represent the polar star. Bells from the church rang out 76 times to remember each year of Hawking’s life 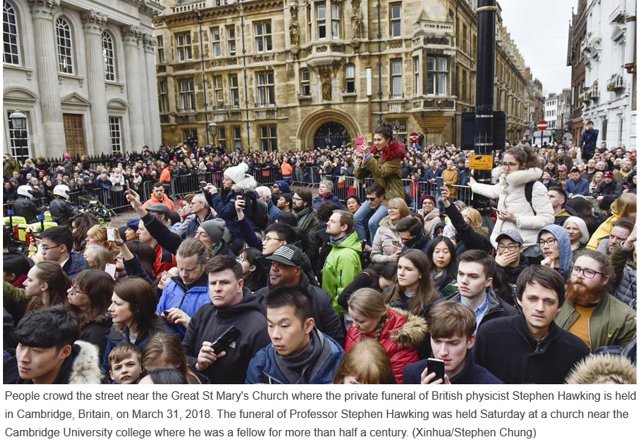