USA’s Sunisa Lee reacts after competing in the uneven bars event of the artistic gymnastics women’s team final during the Tokyo 2020 Olympic Games at the Ariake Gymnastics Centre in Tokyo on July 27, 2021. Lee is from St. Paul, Minn., where many Hmong families like her own resettled in the aftermath of the Vietnam War. After the ethnic group, which lives across Laos, China and Vietnam, was recruited by the CIA to fight in a covert military operation in Laos, now known as the Secret War, the Hmong population was subsequently abandoned when American troops withdrew from Vietnam. 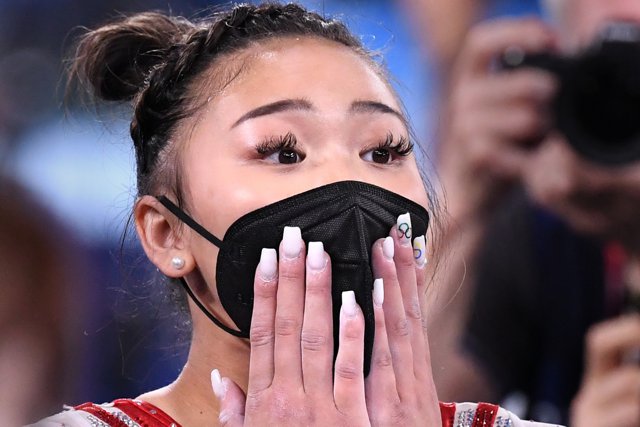