The abandoned child that became a model

When Xueli was a baby, her parents abandoned her in the garden of an orphanage. In China, many see albinism as a curse. This rare genetic condition causes a lack of pigmentation which makes Xueli’s skin and hair extremely pale. It also makes the young woman very sensitive to sunlight. But her different appearance was what led her to pursue a modeling career. Now 16 years old, she has been featured in the magazine Vogue and in numerous advertising campaigns by leading designers. 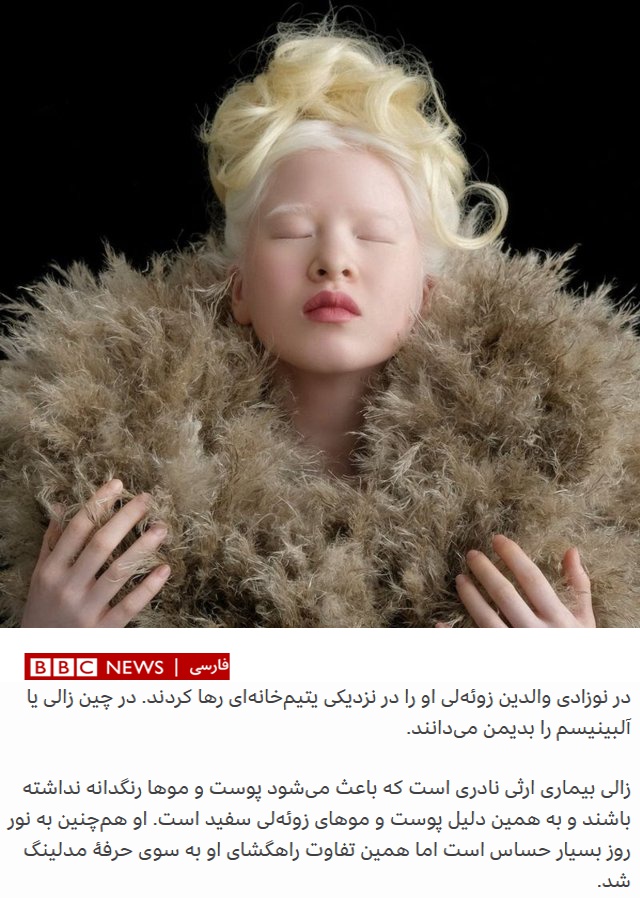