The coronation of Naruhito, the new Emperor of Japan

Two of the three items of imperial regalia — the sword and jewel — which the emperor inherited in May as proof of his ascension to the throne, were placed at the Takamikura throne at the ceremony along with the state and privy seals. A 21-gun salute was offered at the end by the Ground Self-Defense Force. 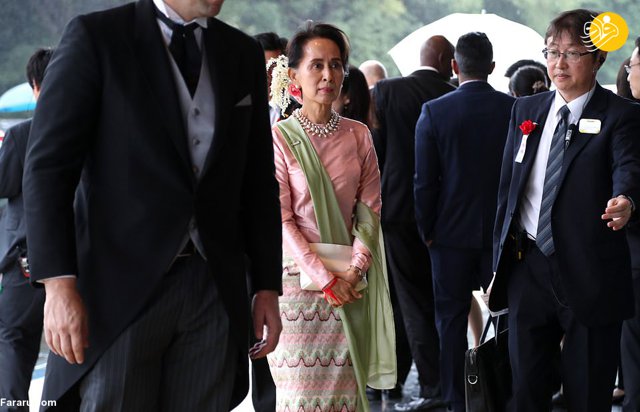