Maybe you do not believe in yourself, but you’re 14 years old when Sahar Valadbeighi, 40, and Nima Fallah, 45, are past. Their familiarity is to play a part in the family restaurant and the opposite role One another, which made the two artists interested in each other and married on July 1, 2003, along with the birthday of Sahar Valadbeighi. 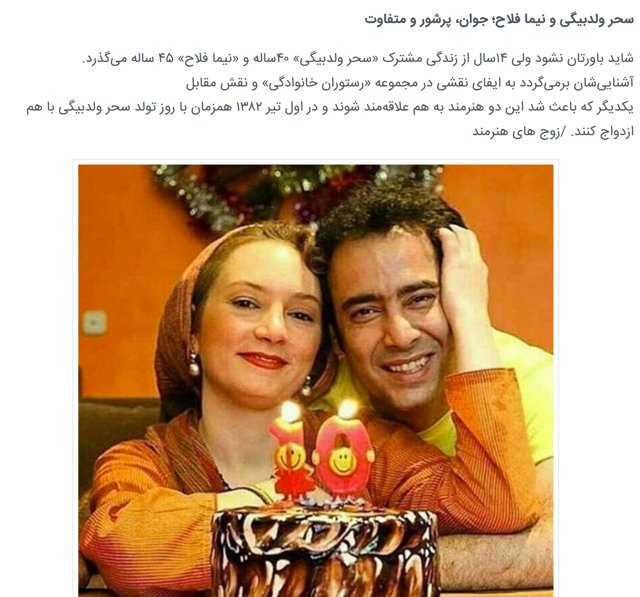