The last session of the court, Mohammad Ali Najafi

The high-profile trial of former  Mayor Mohammad Ali Najafi on charges that he killed his second wife has been going on, the 3rd and last session was adjorned today. Najafi appeared in the criminal, accused of shooting his second wife, at their home in the capital. The charge sheet read out in court included murder, assault, battery, and illegal possession of a weapon.The prosecutor also read out a statement from the former mayor, who claimed his wife once threatened him with a knife during one of their arguments. 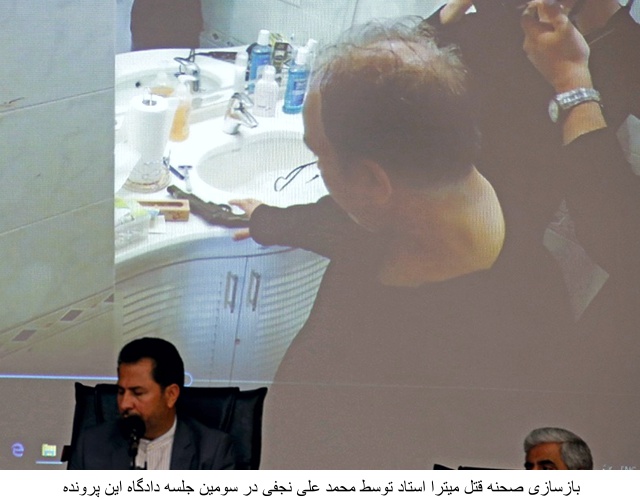